I have this idea for a canyon-like map

To enter this map, I was thinking of doing a giant boss raid. There will be a cave entrance in Redwood Pass, leading to an entrance to a dome. Before reaching the dome however, it is blocked by warriors. These warriors require a party of at least 2 to fight the boss in the dome.

Inside it, there will be a Royal Guardian that you have to kill. After killing it, it explodes and then drops a “Super-Energized Guardian Core”. There is a blockage further into the cave that you have to use the item to catapult a rock into the extremely hard rock that is blocking the way, that a normal guardian core catapult can’t break. After breaking the rubble blocking the insides of the cave, you will have access to an underground city: 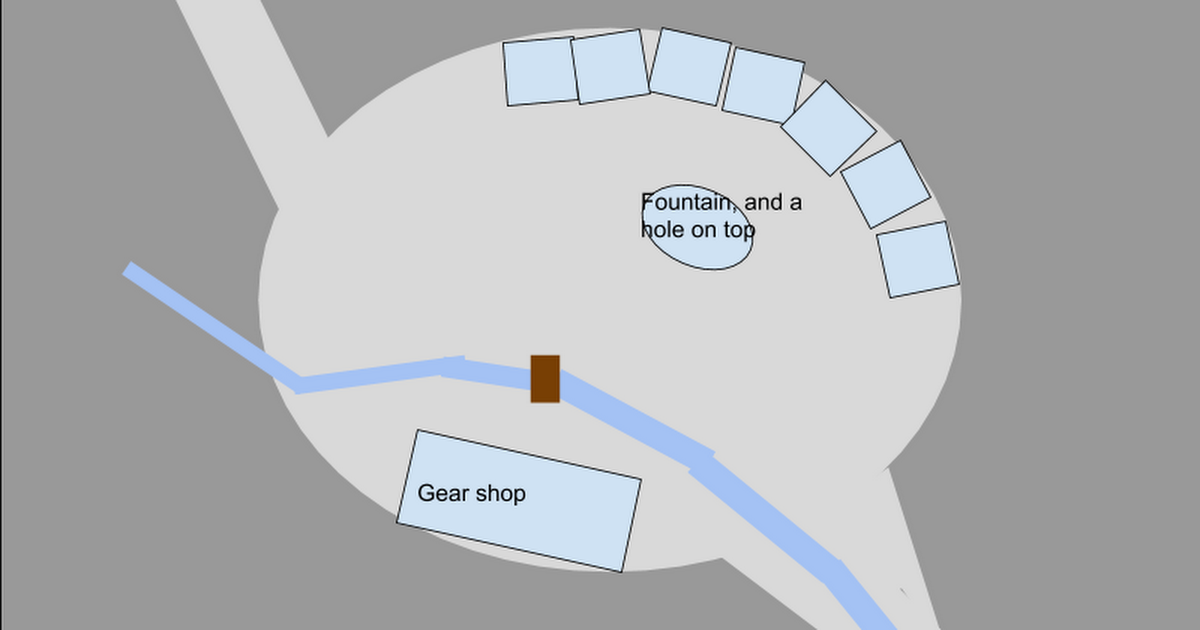 There will be high level gear that you can purchase inside this area. Follow a small cave stream that is in the cave and then you will see light that allows you to enter the canyons. 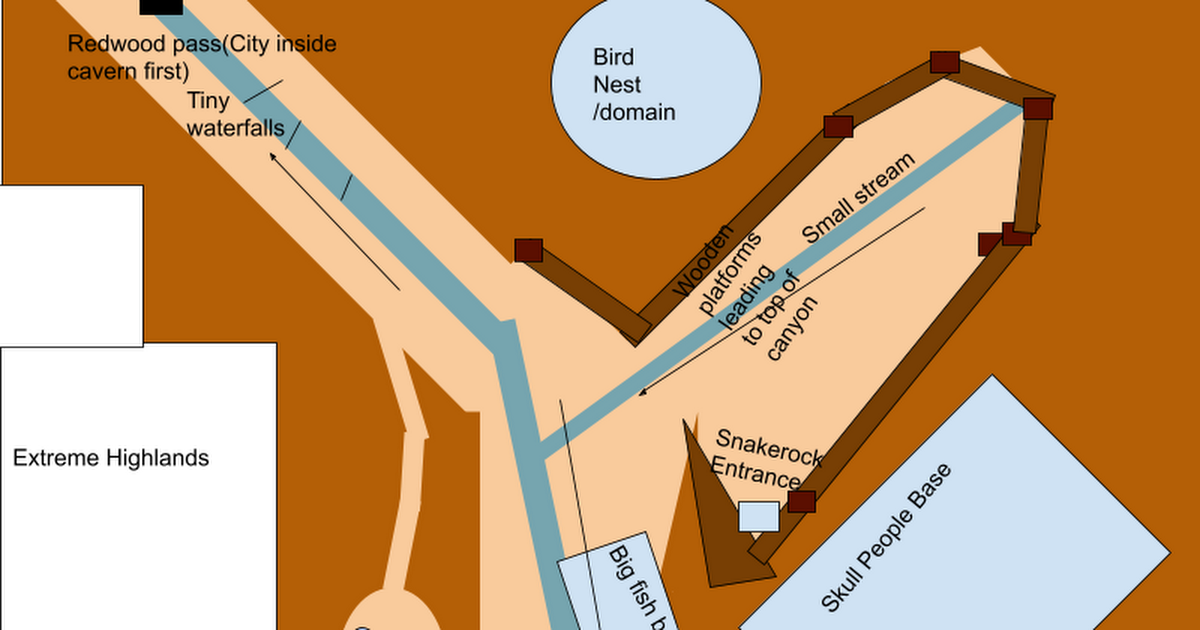 These canyons already have inhabitants in it, the most notable are the weird human-like species that like to wear skulls on their faces. There are also giant ants, snakes, and large vicious birds. There will also be a snake den place, similar to mushroom grotto or crabby den.

There will be a path that leads you to the plateaus - an elevated area overlooking the canyons. There are hard winds, meaning if you go upwind, you go at a slow rate, and if you go down wind you will go faster. The wind pattern changes direction every few minutes. To avoid the wind, you can go back down into the canyons for protection against the weather.This text will be hidden

A feature I would also like is the change in weather, there will be snow that freezes the river and has a thin layer of snow on the plateaus but not inside the canyon. The snow will make you slower too(and possibly a cold effect). Also there could be an “extreme highlands” region in the map, which will have a boss that will spawn after it snows, called the Giant Albino Water Serpent. How it works is after snowing, the serpent will break out of the ice, and there will be a circle around it, so players can fight it. It will be a difficult task, because it does high damage and freezes players around it. Snowfall will have a chance to happen every 15 minutes, and it is a RNG of 1/5. If snowfall goes on straight for 1 hour, then a giant spawns after, if it snows straight for 2.5 hours, then a super giant spawns, and for 12 hours a special boss spawns.

This might be a good idea because there’s high lvl areas in Enchanted (Spider Queen) and Scallop(Gauntlet+Dunes) but there’s nothing in Redwood. This should bring more players into the Redwood area.